We’ve just returned from travels in London. Can you tell?

“Mind the gap,” the recorded voice tells you every time the underground train pulls into the station. It’s a very succinct way to call to your attention the danger in falling between the train and the platform onto the tracks below. It doesn’t say, “Watch out!” It doesn’t say, “Danger!” It just says, “…mind the gap…” Such a useful phrase. So British. American translation: PAY ATTENTION. And we do it in all caps with italics for emphasis.

I do love this about the Brits. The understated-ness of their language  Not, mind you, of their castles or crown jewels or royalty. Nope. That they go for, full tilt.

And perhaps that’s what brings to mind the contrast of the understated and over-stated. The co-existence, if you will, of the two. I think I may have a bit of it in me.

Now, if you believe Meyer’s and Briggs, I tend to fall more to the middle of things. (The Brits would say I am middling :)) Am I introverted or extroverted? Well, no. Am I thinking or feeling? Well, no. On their scale I don’t tend toward either because, when you add up all those 1,2,3,and 4’s they cancel each other out and I fall to the middle. Isn’t math wonderful? All that averaging so you have one final answer?

In fact, perhaps the exact opposite. I believe I am both introverted and extroverted. I get all my best ideas and energy from being with people. I just thrive in the talking with people I don’t know. I really detest being still very long. At the same time, I love the peace and quiet. It’s when I do my best thinking, best writing, best puzzling. I can’t stand it when someone interrupts me mid-thought or mid-phrase. So, who is this… introvert of extrovert?

And then there’s the me who puzzles over the details of human nature, the intricacies of the cell, the fascination of the science which explains. At the same time, I so feel the pain and hardship of a friend  who suffers that I lose my breath and can’t hold back the tears. So, who is this… thinking or feeling?

Perhaps I am an oddball in human nature. Not able to settle for one character trait or another. But perhaps I am not middling, after all. Maybe I’m meant to ping. Back and forth. From one extreme to the other. To move from one corner to the next. To sachet, to dance, to skip…well, to move. I’m not meant to be pinned down or characterized.

Now, this does create problems. It would be easier if I could just identify the ‘way I best learn’ or the ‘way I best relate’ and then go about things that way. I have tried for years. But, it just depends. On what? I’m not sure.

I am imagining myself more like the electron in its shell, it’s energy level I believe we used to call it (heavens, I taught it!). Sometimes here, sometimes there. One could use a model to describe the location of the electron at any one point, but that’s not actually where it was. It was just moving in its proper distance from the other particles – negatively and positively charged as they were, exerting their forces to hold it in its proper place.

And yes, that describes me so much better than Meyers and Briggs. Pinging between the extremes. But, mind the gap. That space between one extreme and the other. The space one must hover above to get safely from one grounding to the other.

And ah, that space. The space between, my friend Pauline and I talk about. Oh, there is space there for sure. But today I am experiencing it more as a hinge. A bending or folding that holds the arms that extend to each extreme. Perhaps a handhold. Or an intertwining of fingers. 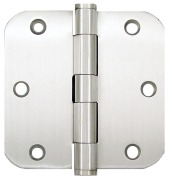 How romantic these notions. But most days it is very much more like the field trip chaperon anxiously hovering at the corner urging me to catch up with the group so I don’t lose my way. Darned introverts, always lagging behind. Or the lasso pulling me back because I have charged off on my own. Darned extroverts, always think they know where they’re going.

What a frustration I must be to the One who has a direction He intends and a pace He has planned. Yet, He is the one who made me just like this. Perfectly placed to travel to all quadrants. Safely, as long as I mind the gap.

Just take my hand so I may steady you.