US Women’s Soccer Team Has Inspired Us to Believe

Who says the Bible is an outdated book that doesn’t speak to our current circumstances??

The Fellowship of the Believers
They devoted themselves to the coaches’ teaching and to their teammates, to the breaking of carbs, proteins and fats in moderation and to petition, imploring and appeal for a World Cup win. Everyone was filled with awe at the many wonders and signs performed by the players. The roster of 23 were together and had everything in common, when they were called into the camp. They relinquished property and possessions to compete for a starting spot and supported anyone who needed encouragement. Every day they continued to meet together on the fields and in the gym. They broke bread in their hotels and ate together with glad and sincere hearts, praising God, friends, family and fans and enjoying the favor of all the people. And the Lord added to their number daily those who were being inspired to #Believe. ~ Acts 2:42-47

May the Lord forgive my boldness, to read His word into our ways.

Congratulations to the 15ers, champions all. 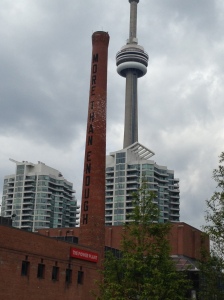 Not, I have had enough!
Rather,
I have what I need for whatever may come.
What I lack will be supplied,
My surplus will be distributed.
Nothing of me will be left behind.

I am more than enough.
Through Him.

Have you ever been to Niagara Falls? Me, too. Twice. Once in 1983. Once in  2013. I only now notice the 30 year span. The Falls are still there. Still incredible, powerful, awe-inspiring. People flock to see them daily.

Many faces of the Falls 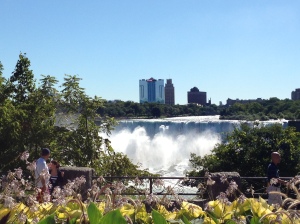 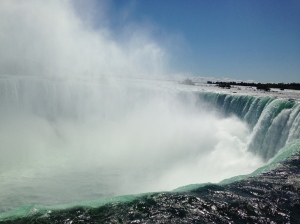 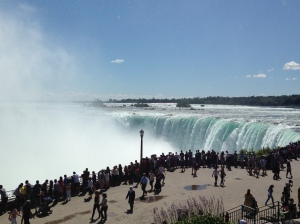 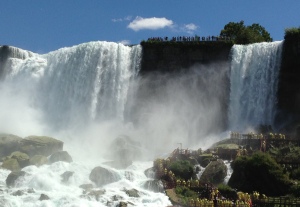 Before I saw them, I heard them. And I remembered this sound. Apparently, from way back in 1983. When we donned those silly yellow raincoats and walked – literally – under the falls. The steps down were slippery but the anticipation was breath-taking. To consider the weight of the water you are about to walk under. Pouring into roiling cauldrons of spray and mist. An emulsion of sediment and debris, organisms and humus, subject to the power of nature flowing by. All for my enjoyment in this moment.

The voluminous veil of minty white with its thunderous roar. Sheer power like I had never seen or heard it. Millions of gallons per second pouring over the rocky horseshoe ridge and plunging to the depths.

Cut to 2013. People pressing against the wrought iron railing, layered three and four deep. The nearest turned and smiling to pose from four different angles while they click and click again, documenting their trip to the Falls.

Grumbling aside I waited my turn for the front row view and stood, belly against rail to watch and to listen. To see the sparkling green stream by, waving as it made its merry leap over the edge.

“Look how shallow it is,” a woman standing next to me said to her husband. Until then, I hadn’t noticed. But sure enough. Looking down into the smooth flow above the falls you could see the bottom.

My feet could reach the bottom. I could stand there! What would it be like to stand right there?!

“You’re right,” I said to my Niagara neighbor and she smiled. She and her husband were the only people in sight without a camera poised to record the moment.

“It’s so easy to get a photo, we’re forgetting to look,” I said to her, though my comment was meant mostly for me. “And listen,” I might have added. No extra charge for the soundtrack.

Then we turned our attention back to the spectacle. Sight, sound, smell, taste and the touch of the spray on our faces. Try and record that, you cameras. Even you video cameras.

I wanted to freeze this. Take it back with me. Post it to Facebook. But first, to appreciate the wonder. Wonder at the power of moving water. And me, standing still to appreciate it.

Even the rapids below bid me walk along. Ah, the sound of living water.