The smallest of things

When fog obscures the glorious vistas,

look at what the dewdrops illuminate.

Each, a unique piece of craftsmanship, handcrafted with its own signature. 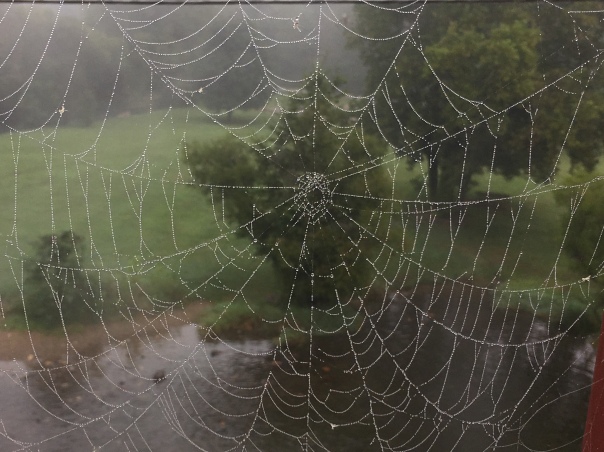 Each, a-toiling side by side,

A daily labor. A work of art.

There’s an Invisible Man Under My Sticky Notes!

Is there an invisible man in your life?
Hiding under your bed
Behind your curtains
In the shower
Under the covers
Behind the wheel of your car?

These are all places I’ve gone looking.
Not really searching
But definitely seeking.
Where thoughts can drift
and ideas jump out at you.

And scribble them onto a sticky note –
A Post-It note for you sticklers.
Over time … those notes gather.

Until one day,
you toss them together
and they take shape.

Invisible Man,
how long have you been waiting for me to find you?

“An author doesn’t write with his mind, he writes with his hands.” ~ Carl Van Vechter

This was in response to, ‘why not just dictate?’

Because it’s not the same. Something happens when you put pen to paper. Something physical, that taps into the mental, that engages the emotions and the memories and the universe. Just using my voice bypasses some of these steps and leaves me, literally, tongue-tied. Somewhere on the way to my mouth, the thought gets side-tracked.

I cannot explain this. Except to say to people with a big thought or concern or idea, “write it down.” When they do, and do it regularly, they discover the connection, too. People say, writing slows you and perhaps forces you to find the right words or wait on the right words. Perhaps. But this is not my sense.

Speaking is like a road block. Hold it right there. Go no further.

Writing is like a waterfall, washing over the ledge in great torrents of power and might and loveliness. I hear it coming and get out of the way. My pen poised above paper OR my fingers poised above keyboard, either one is sufficient to throw open the gates. After that, I just watch and see what happens next.

Was I born this way? I’m not sure. No pens or keyboards back then. But somehow, through the years, I’ve discovered this free fall. A special way my mind has with rearranging letters and listening to words, so they make music of a sort. But they’re not musical until I write them. Until I shape the letters and words on a surface.

Then they dance. And move. They come to life.

And that is a very rare thing indeed. To have the privilege of watching when something is being born. And to know I had a hand in it.