The Shack: Is Seeing Believing?

Did you see the movie, The Shack?

The book just blew me away. Reading it a few years back, I marveled at the creative expression its author, William Young, used to tease out the three Persons of the Holy Trinity and their unique rolls in ministering to one of their beloved when tragedy strikes. The thing is, for me, reading is rarely believing. It may inspire me, but that doesn’t last long. But if you engage my other senses with sights, sounds, camera and action, things get real-er.

That’s what I was hoping for when I shelled out the small fortune to see The Shack on the big screen. And man, that scene at the lake didn’t disappoint. Even though I know what is coming, I am praying it won’t happen. And when it does, I feel it in every fiber of my body.

It’s amazing how this happens when we empathize with characters on the screen. Our bodies react physically as if it were happening to us. The tragic scenes evoke this for me; then I’m hooked. I’m right there with Mack Phillips in his rage, his pain, his depression, and his plight. This is no longer simply a story or a performance by an actor, it feels real.

Now, the tone is set for God, in three Persons, to do what only God can do. The novel did this magnificently. I’m expecting big things from the movie. I’m pulling for Mack and the transformation I know he has coming to him. With him, I sit at the crossroads of perhaps the #1 question we all have for God: why? Why, do you let terrible things happen? With everyone else in that theater, I’m waiting to be convinced by a good answer.

But honestly, I am not. 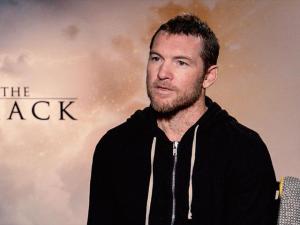 It seems to me (and I’m no film critic) that main character, Mack Phillips, has reverted to human husband and father, actor Sam Worthington. And Sam, asked to forgive the unforgivable, just can’t. Who could? He delivers dialogue asking the right questions, demanding answers and explanations, and confronting God for the truth, all as I surely would. I believe him. But, in the pivotal moment, he tosses down his backpack (apparently symbolic for giving up the burden he is carrying) and complies. I just don’t believe him. His facial expression and his body language are just acting, way more like a teen tantrum than a surrender to God.

I’m so disappointed. I had hoped this movie – which had drawn accolades in pre-screening for Christian crowds – could reach would-be believers with the sure message that a compassionate and just God dearly loves them and can be trusted, even in the face of terrible injustice. I had hoped people on a spiritual quest for God would leave affirmed on their journey. Instead, it felt like the main character was still doubtful.

Thank you for the important reminder, Papa God, that we can’t just pretend to have faith and expect people to believe us.

And… I guess we shouldn’t be relying on Hollywood to do the job we’re meant to do. If we don’t believe in our hearts before we profess with our mouths, we’re just actors, and all the world’s a stage.

Funny thing, when I googled Mr. Worthington, I found a brief interview he did about The Shack and his preparation for this role. He has a young family, and it is clear that the story cut him deeply. He also has a wicked-strong Australian accent. I felt a bit foolish falling for his portrayal as Mack Phillips, All-American dad. But that’s his job; actors are trained to trick us into believing in them.

God’s not like that, thank goodness. He/she/they are in the truth business.

Beauty and the Beast Turns the Tables 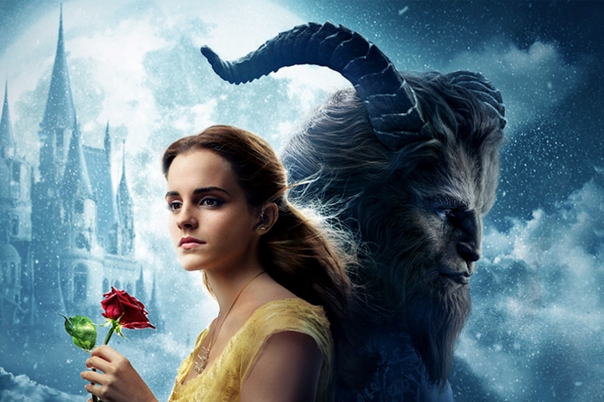 Something captures us in this story, these characters, and their theme song.

Oh, we’ve read it a thousand times, thanks to Disney. Beautiful princess is rescued by fair prince. No, wait! That’s not this story, these characters, or this theme.

We listen to the flowing phrasing, melting voices, and honey-sweet harmony, even on popular radio, because we recognize this story.

It’s… Tale as old as time
True as it can be
Barely even friends
Then somebody bends
Unexpectedly.

It’s…  Bitter-sweet and strange
Finding you can change
Learning you were wrong.

It’s… Certain as the sun
Rising in the east
Tale as old as time
Song as old as rhyme.

Beauty and the Beast.

We want to be the Beauty, but we are the Beast. What a moment it is when, even as beastly as we are, the beauty of Love transforms us. It’s a tale as old as time.

But God demonstrates his own love for us in this: While we were still sinners, Christ died for us. ~ Romans 5:8

I want to have written the story that changes peoples’ lives, not write it!

Oh, it’s not about the fame and fortune, nor about the accolades and acclaim. I just want people to read what I write and see themselves in it, only better. I want them to see their family members in a new light or their lives go in a new direction, their circumstances navigable and what now seems impossible, possible.

The problem is, writing it always comes before having written it and, very truly I tell you, what comes before all of that is living it. This is the problem with writing from imagination, it’s real. And finding the truth there is hard. But it is the magic of letting one’s mind wander to far off places, filled with random characters and creatures. Except it’s not random at all. It’s ordered.

That’s the paradox of imagination: we restore order through imagination. We put things to rest, explain the confounding and often re-write the ending we wished for but that never came to be. So much comfort.

But is that fantasy? Is it escapism? Are we avoiding the truth?

I don’t think so. In fact, it may be the best way to approach the truth. First, with beauty and aesthetics, re-creating the real draws us in and makes us smile. How brave is that boy! How insightful is that girl. How ingenious is that Nanny. Oh, and so fun! Yep, Mary Poppins it is, and how delightful is that “Disney ending.”

But life doesn’t consist of Disney endings. Get real!

What if the real requires imagining? Consider,

I believe our task is to develop a moral and aesthetic imagination deep enough and wide enough to encompass the contradictions of our time and history, the tremendous loss and tragedy as well as greatness and nobility, an imagination capable of recognizing that where there is light there is shadow, that out of hubris and fall can come moral regeneration, out of suffering and death, resurrection and rebirth. Richard Tarnas

Not just an aesthetic imagination but a moral one? With the one we create what might be. With the other, we consider what God might have meant. Put the two together, and it has the power to change lives.

I want to have written the story that changes people’s lives, but that one’s taken. Now, to consider what God might have meant.