I feel
the rays of the sun warming my face,
the chill of the cold deep in my bones,
the pressure of your hand holding mine
and mine, resting in yours.

Do I dare feel?

Am I willing?
Not just to touch the hand
that reaches out,
but to take it?

Dear God,
there are places I’d rather not go.
I still feel them;
I still remember them;
I am not safe there.

You, A.I.,
You are safe everywhere.
not bothered by sensation,
not saddled with emotion,
not addled by fear or foreboding.

Fear is a place only humans go,
only humans can go,
human beings,
humans being.
The Lord of life takes us there…
and brings us through.

Building from the ground uP
is beautiful.
Neat.
Clean.
Polished.
Precise.

Remodeling from the inside OUT
is messy.
Ripping.
Rending.
Gashes.
Holes. 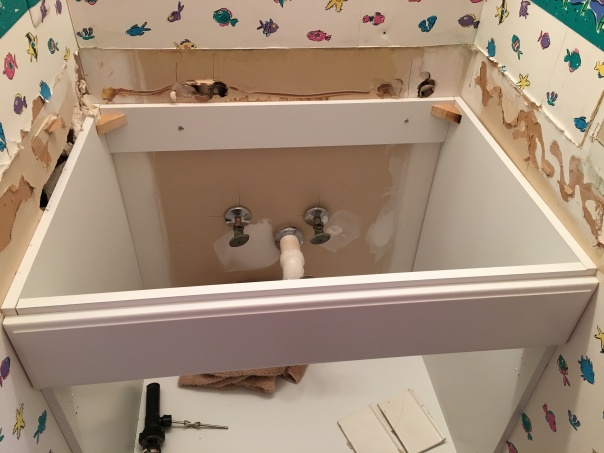 Impregnable, in its newness.
No one will ever
see what’s under
the remodeling.

Thank God
only Me and Thee
have seen it.
We know the condition
under the addition.

We have a stigma against mental illness in this country. Have you noticed?

Oh, we like to joke about “emo” people and “he’s not right in the head” people. But those aren’t real issues. We’re kidding. Right? And kidding allows us to keep this issue at arm’s length.

I’d like to do that, but I can’t. Family’s got “mental health” history. Boom. Did you hear that big boom? That’s the sound of stigma landing on my family tree. I steer away from stigma. Makes me uncomfortable. Kind of like talking about magic, paranormal, supernatural…spiritual.

I’d much rather stick with the concrete, proveable, physical evidence. The stuff we can all look at and agree upon. But we can’t, so I won’t.

What I know today is, someone I love is having physical symptoms from an emotional hurt. In fact, several someones. ZZsst. Hear that? That was the sound of connection. Mind-body connection. What do I do with that? What do I do with them? Do I excuse them? forgive them? Can one be excused from work, from responsibility, from performance of one’s duties based on emotional issues? Mental issues?

Well no, not if they’re not real. But when you make them physical, that’s a whole new story. But tell that to the person who is accusing you, accuses them, of making this up. Oh, it’s all in your mind, they’ll say. Just get over it, they’ll advise you.

Thing is, when the mind and body are connected…when our internal senses give us physical responses…people are forced to admit, we suffer from illness. Mental illness. Mental dishealth.

I wonder where we’d be if we considered mental and emotional imbalances before they became physical burdens. If we didn’t treat them with contempt or distrust. If we believed in them. And then treated them as we do the rest of our body, with what they need to help them recover. To heal. To be whole again.

Truth is, I’m not sure where the line is between ability and disability, between healthy and ill. I imagine I jump between them regularly and, on any particular day, the diagnosis would change. And that may be the place of wholeness for me. The way I was created. To skirt the edge of things, having a look into both.

Keeping my balance is a tightrope act for sure. But God calls us to the mountaintop.