Come hungry. Really? It seems everyone is stuffed to the gills these days. Whoever would want a Thanksgiving turkey? 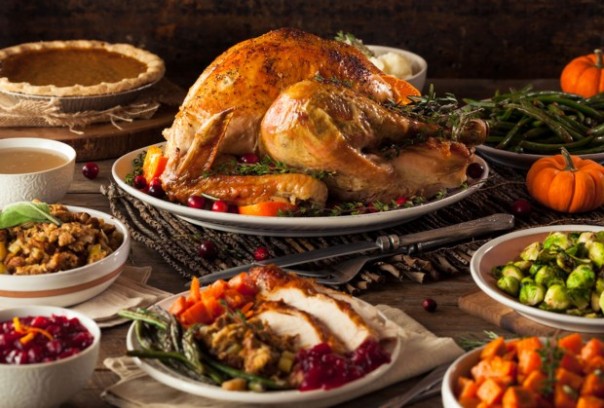 I had a delicious and delightful lunch with old high school friends this week. It was coordinated by a friend who is a Muslim, whose family emigrated here from Pakistan in 1958. (I didn’t know this about her when we were in high school, but now I do.) I had contacted her about “things Muslim” in my sports writing about Ramadan and the World Cup athletes and more recently about quotes I heard bandied about in anti-Muslim rhetoric. What I have learned about me is, I do better when I “seek first to understand, and then to be understood.”

This was alive and well among these friends, nerds all, of a sort: male and female, married and not, widowed and not, children and none. Employed, retired, stay at home, volunteer. Catholic, Protestant, Muslim, agnostic … quite diverse, except for our ages. We were once classmates and, now take an interest in what was important and meaningful to the other. Conversation is lively and relationship comes alive. Current events are front and center, honesty and forthrightness abounding. I just love these people. I was hungry for their company.

Afterward, I joined my Muslim friend at a gathering of community leaders, religious leaders and citizens in Montgomery County where I felt more companionship than I sometimes feel among “my own kind” these days. As some leading Christians claim that God put Donald Trump in office, the dissension in our own ranks is palpable. I keep asking, how could people following the same Lord be headed in such different directions?

Then I see this Amazon commercial and think, that is simply genius. How can anyone disagree with that? Yet, one commenter did, saying, “Supporting magical thinking, regardless of what you call your imaginary friend, is still harmful to humanity and the planet at large. Theism is a form of mental illness that needs treatment … cult… addict … delusion,” Seventy people gave her the thumbs up. The originator of the post replied frankly but politely and got many more thumbs ups. Still, I am shocked at this viewpoint I did not know even existed, let alone had a healthy following. Where did this distrust and hatred of God come from?

These times have been allowed by God (if we believe in a sovereign God). I don’t think He wanted this for us, but this is what we have chosen for ourselves. As Dusty Baker, manager of the Washington Nationals baseball team, said (and I heard prophetically) about removing his starting pitcher from a game, “I didn’t take him out. He took himself out.”

We are a people who hunger and thirst for God, yet we come to the table so full we don’t want Thanksgiving. God will not force feed us, and He would have every right to excuse us. But, in His great mercy, He invites us to sit and eat among those who disagree and with those who are disagreeable to teach us how to pitch in such a way that we can go the whole 9 innings, and one day pitch the perfect game that He catches.

“Blessed are those who hunger and thirst for righteousness, for they shall be filled.”

Parched and weary, but well-worn

I earnestly search for you.

My soul thirsts for you;

my whole body longs for you

in this parched and weary land

where there is no water.

Somehow I find it comforting that this cracked trench has been made so by the many who have trod this path before me.